On 25th January 2011, Egypt celebrated the Anniversary of Police Forces. This celebration was met with the annual public demonstration that make fun of the police forces. Police Forces has been accused as being corrupt and being agents to Egyptian President to impose his political policies. Within a few days, the demonstration has changed into a REVOLUTION OF EGYPTIAN PEOPLE. As a result, President Hosni Mubarak hads to resign on 12th February, 2011 (the same date that Sheikh Hassan Al-Banna, the founder of Ikhwanul Muslimin in Egypt  was martyred being claimed as being at the hand of Egyptian authorities.
Malaysia had almost 11,000 students in Egypt studying in Islamic Studies and Medicine. The Government of Malaysia launched Ops Pyramid on 1st February, 2011 to bring back Malaysian students that are willing to evacuate Egypt. About 7,000 was brought to Jeddah on transit (by using TUDM's C-130, MAS 747 and Air Asia Airbus 340) and Malaysian Authorities in Saudi Arabia together with Malaysian Armed Forces had joined hand in a combined effort to overcome all local bureacratic policies to enable this difficult operation that had to be executed within a short time. Alhamdulillah by 13th February 2011, all students on transit in Jeddah had been evacuated to Malaysia. 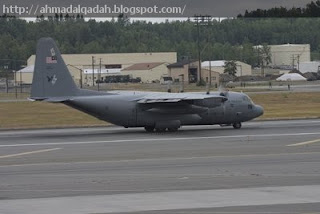 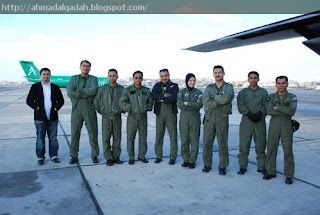 Some of the crew of Lockheed C-130 Hercules, Royal Malaysian Air Force 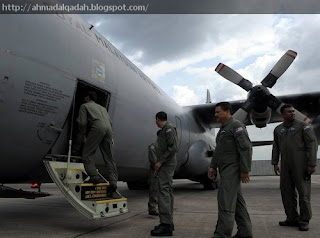 Some of the operating crew of Lockheed C-130 Hercules, Royal Malaysian Air Force entering the aircraft 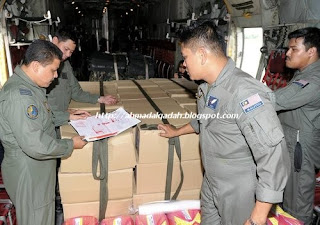 Some of the crew of Lockheed C-130 Hercules, Royal Malaysian Air Force preparing food supplies for the student in Egypt 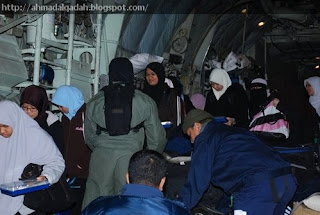 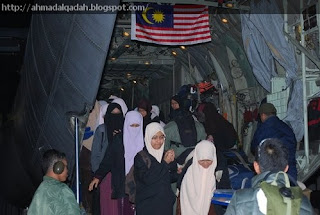 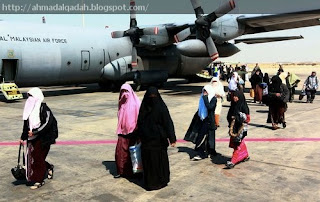 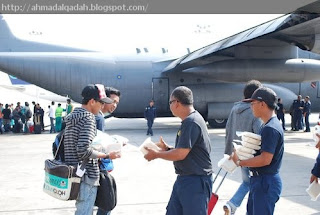 Upon Arrival to  Jeddah by C-130, Students Were Supplied with Malaysian Food.

What Goes Around, Comes Around 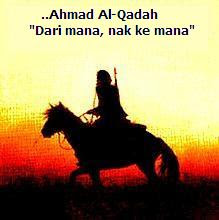 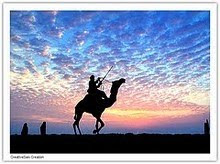